The best accessible and most popular location for polar bear watching in Canada is Churchill, Manitoba.

When you’re planning to travel to Manitoba, Quebec or Ontario during fall, you’ll have a good chance to see polar bears as they are waiting for the ice to form over the Hudson Bay.

Where to go to see polar bears in Canada 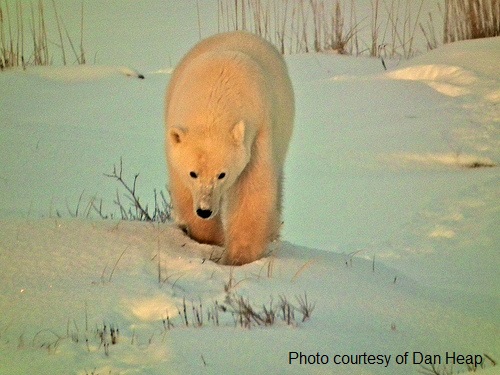 Within Canada, polar bears are native within the Arctic Circle encompassing the Arctic Ocean, including its surrounding landmasses and seas.

Where to go to see polar bears in Canada

The most popular and best accessible location to see polar bears is from Churchill, Manitoba.

During fall, the bears are congregating while waiting for the ice to form over the Hudson Bay.

I spent hours online, searching for more good locations to view polar bears in their natural habitat.
Below diagram shows a summary.  Be aware that most locations are very remote. Accessibility is a challenge. There are hardly any outfitters offering polar bear tours other than the ones around Churchill. 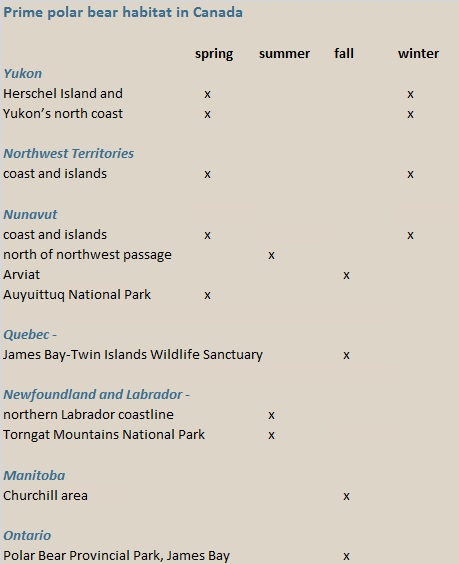 The polar bear tends to frequent areas where sea ice meets water in order to hunt the seals that make up most of its diet.

Depending on the location, polar bears can be seen during spring, summer, fall, and/or wintertime. Please check above diagram. 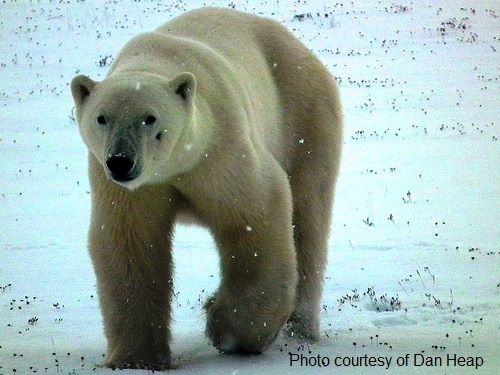 Your company could be here!