The American black bear is the most abundant bear species in Canada. Wouldn't it be great to spot one from a safe distance during your travel in Canada!

Although not all black bears are black furred, most are.
Colour variations are brown, cinnamon and blond / white. The latter is called a Kermode bear.

On Vacation in Bear Country

When and Where to see Black Bears in Canada 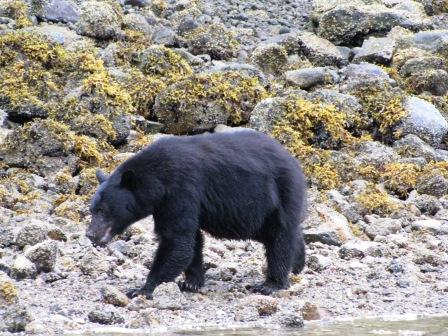 An American black bear looking for Crustacean at low tide. A seafood specialized bear is also called a 'coastal bear'

Within Canada present distribution of the black bear is primarily restricted to less settled, forested regions.

The Canadian black bear inhabits 12 out of 13 provinces and territories.
They are absent from Prince Edward Island and from the southern farmlands of Alberta, Saskatchewan, and Manitoba.

The American black bear is omnivorous; less than 10 % of its diet is based on animal protein, ninety percent consist of vegetation.

The black bear is an opportunistic feeder and their diet changes with the season and the individual habitat. 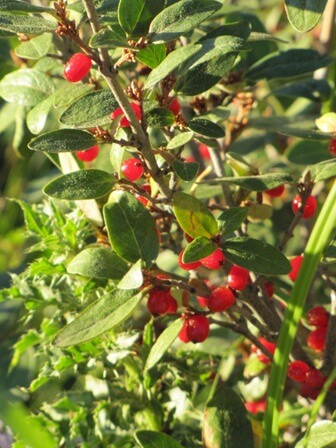 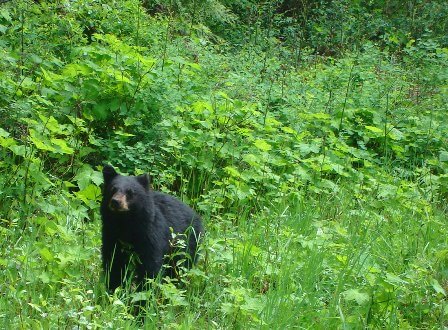 Black bears are very adaptable, and as opportunistic feeders, they maintain surprisingly well in the presence of humans.  The latter is their biggest threat, as a black bear that has lost its fear for people is potentially dangerous.

On Vacation in Bear Country

First time I camped in bear country, I didn’t drink anything after 7 pm, afraid I had to go to the bathroom during the night. Naturally, behind every tree a bear was waiting for me. Any Canadian black bear would go wild for a tender piece of me!
Since I learned people are not on the bear’s menu, I enjoy the campfire even more. 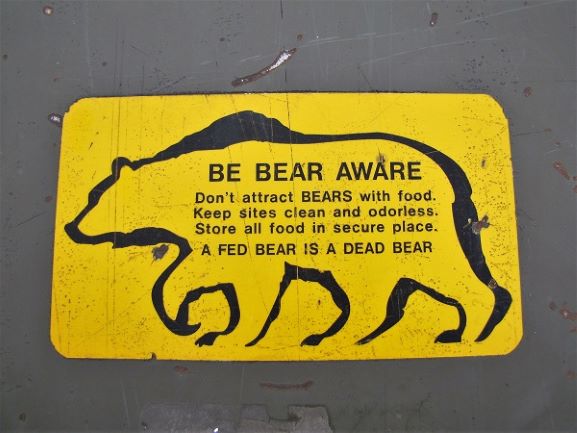 When and Where to see American Black Bears in Canada

During fall black bears are almost non-stop foraging, as they need to fatten up for hibernation.

In wintertime, black bears hibernate. They stay in the forest inside their den. Pregnant females give birth to 2-4 cubs inside the den. 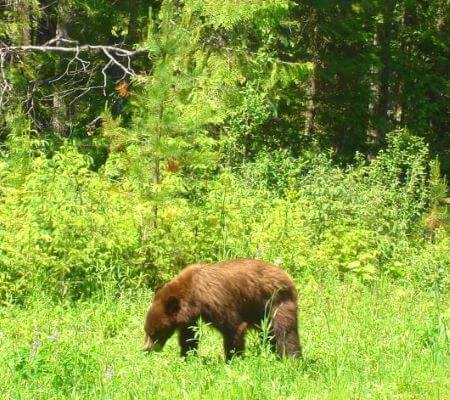 not all black bears are black