Close to the world famous Canadian Rockies, Calgary’s International Airport is a favourite destination to start or end your Canadian travel adventure.

It’s worth to spend a few hours around downtown Calgary. Even if you’re on vacation in Canada solely for the fabulous natural scenery and exciting wildlife! 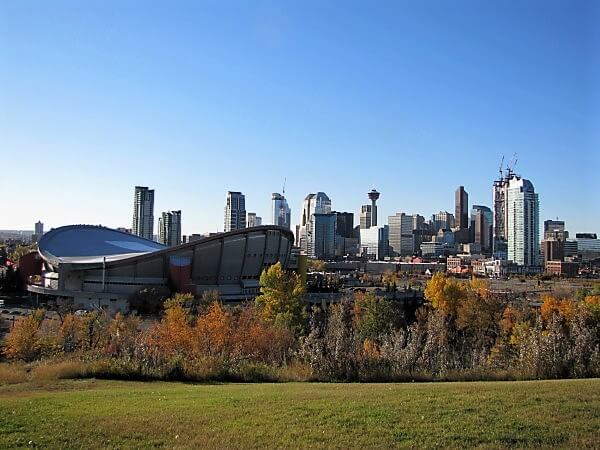 Highlights -in and around- downtown Calgary

1875 - Calgary is founded by the North-West Mounted Police.

1883 - The railway arrived, and with it, cowboys settled in the area, as pieces of land were
leased for just 1 cent per acre!

1914 - Local farmers became rich by the discovery of oil in the region (Turner Valley).

Today - With a population of over 1 million, Calgary is Alberta’s largest city.

The oil and gas industry are still one of the leading branches in the ‘Heart of the New West’.

Description of the highlights at destination Calgary

From my experiences as a tour guide, I hereby list my favourite Calgary highlights.

All of the described highlights are marked on the map of Calgary. 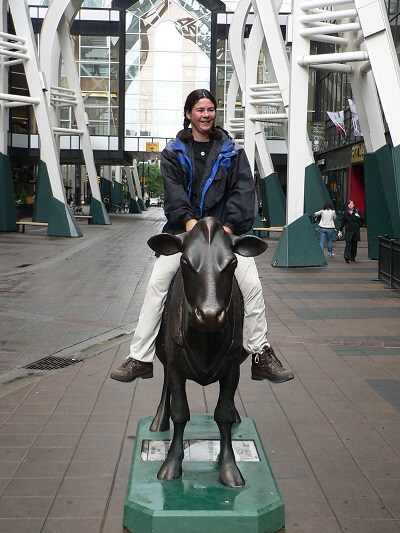 Other things to do

The downtown viewpoint is my ‘secret’ free alternative for the Calgary Tower.

This viewpoint offers a splendid view of

From Calgary International Airport, it takes about 20-25 min. to get to this viewpoint. 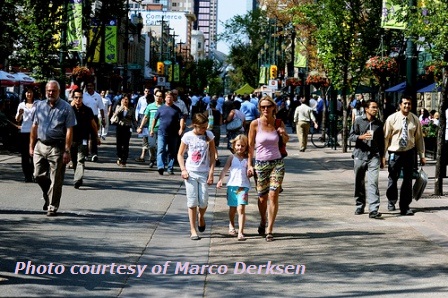 It all began at Stephen Avenue

Declared as a National Historic Site in 2002, Stephen Avenue (1880) is nice for a stroll, shopping or to enjoy lunch.

The ‘Devonian Gardens’ are botanical gardens inside the Scotia shopping centre at Stephen Avenue.

Every year -starting the first weekend of July and the following ten days- downtown Calgary is home to the largest Wild West show on earth.

Calgary's speed skating oval, built for the 1988 winter Olympics and home the fastest ice in the world.

If your road trip ends in Calgary and you have some time left before your departure, I advise you to visit Calgary’s heritage park.

In this historic village, you seem to be in the early West. Costumed interpreters educate and entertain guests of all ages. Heritage Park’s exhibits span the early 1860s fur trade to the petroleum and automobile-dominated 1950s.

Other things to do in Calgary

Visit Calgary for more visitor information such as restaurants, other things to do, and accommodation in Calgary.